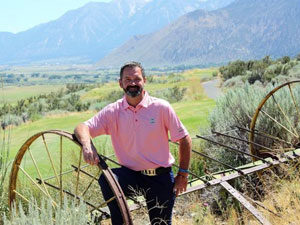 Chris Detsch, PGA head golf professional at The Ranch Course at Genoa Lakes, grew up in the San Diego area and moved to Lake Tahoe in his early 20’s where he discovered, like his grandfather, he loves golf. This led him to work in outdoor services at Edgewood Tahoe during the summers and Ironwood Country Club in Palm Desert during the winters. After doing this for several years, Chris decided it was time to take things to the next level and under the mentorship of the Master Professional at Hidden Valley Country Club in Reno, NV, he attained his Class A certification in 2015.

Chris’ main focus at The Ranch has been to provide exceptional customer service while creating positive experiences for ALL of his clients. From the young beginners to the seasoned players, he approaches his interactions, whether through lessons or casual conversations, with intuitive ease. His approach to teaching, first and foremost, encourages the students to progress in a positive manner with hopes of their continued desire to participate in the game. He instructs within the philosophy of, “Its not how good your good shots are but rather, how good your bad shots are.”

Chris resides in Carson Valley with his wife and two daughters. He is entirely pleased to be their PGA Jr League coach and to impart his knowledge and expertise to the up and coming generations.